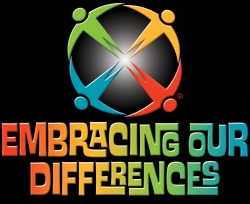 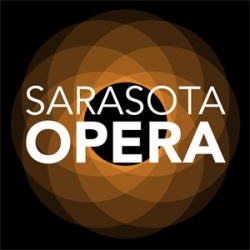 Embracing Our Differences is proud to partner with the Sarasota Youth Opera to bring Brundibár to students in Sarasota and Manatee counties. Brundibár is a children's opera written by composer Hans Krása and writer Adolf Hoffmeister in 1938 and performed by the children of Theresienstadt concentration camp in Terezín, Czechoslovakia. The name comes from a Czech colloquialism for a bumblebee. The plot of the opera shares elements with fairy tales such as Hansel and Gretel and The Town Musicians of Bremen. Anika (Anette in English) and Pepicek (Little Joe) are a fatherless sister and brother. Their mother is ill and the doctor tells them she needs milk to recover - but they have no money. They decide to sing in the marketplace to raise the money but the evil organ grinder, Brundibar (who represents Hitler) chases them away. However, with the help of a fearless sparrow, keen cat, a wise dog and the children of the town, they are able to chase away Brundibar. The opera contains obvious symbolism in the triumph of the helpless and needy children over the tyrannical Brundibar, but has no references to the conditions under which it was written and performed. The production will include an original prologue containing quotes from children throughout history, from the Holocaust to present day, that address the larger social message of Brundibár.

In August 1942, composer Hans Krása was deported to Terezín, followed by many of the adults and children with whom he had worked with in Prague. Rudolf Freudenfeld-Franěk brought the piano score with him to the ghetto and started rehearsals in the attic of the Dresden Barracks. Transports continually intervened in his work, and the children taken away to concentration camps in the East had to be replaced by newly-arriving children. After more than two months of rehearsals, the premiere took place on September 23, 1943 in the Magdeburg Barracks. Brundibár was a huge success and there were around 55 performances between then and Autumn 1944, when the last transports left Terezín.

In spring 1944, the Terezín ghetto was preparing for a visit from the International Red Cross committee, to assess its function as a "model“ ghetto. Brundibár was chosen as the production to be put on for the committee with the closing scenes of Brundibár filmed for the propaganda film Theresienstadt, or "The Führer Has Given the Jews a Town".

Since 1984, Sarasota Youth Opera (SYO) has given young people age 8 to 18 an opportunity to experience the magic of opera. SYO is the only program in the United States committed to presenting annual, full-scale opera productions for young voices with professional musicians, direction, and costume and scenic design. Embracing Our Differences is proud to collaborate with area arts organizations to bring our message of "diversity and inclusion" to children through the arts.

*Teachers were able to request a Holocaust survivor (either 1st or 2nd generation) speak to their classroom(s) prior to the performance, courtesy of The Jewish Federation of Sarasota- Manatee.