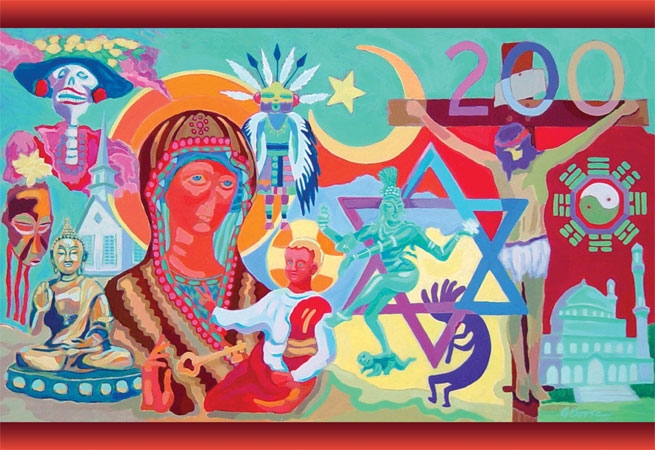 The only one diminished and debased by BIGOTRY is the bigot.

This piece traces its inspiration to the Dewey Decimal System. The art represents some of the religions most commonly practiced today, Christianity, Judaism, Hinduism, Buddhism, Taoism and Confucianism. Native American and African American spirituality as well as the Mexican “Day of the Dead” are also depicted, honoring all beliefs.