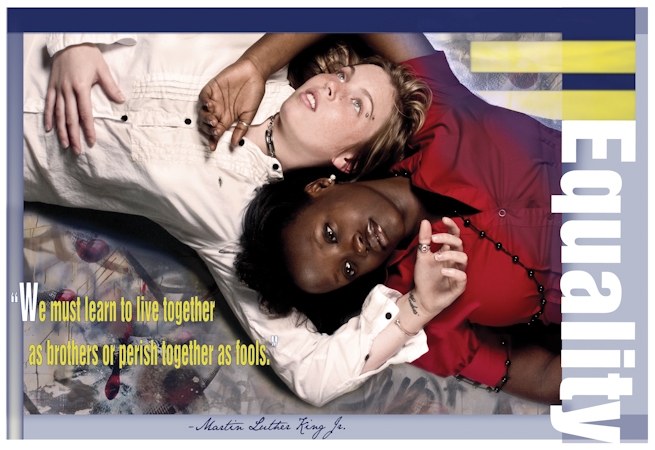 Courage is doing what you know in your heart is the right thing, regardless of the consequences. Defending the rights of all people is the most courageous of endeavors.

The Equality Symbol: Initially designed by the Human Rights Campaign, the symbol includes an equal sign composed of yellow pigment against a blue background. I chose this symbolism to represent a self-portrait (photography by Devon Wilson) in which I am embracing differences of culture, sexual orientation and race. There is also a clear correlation between the term “equality” and Martin Luther King, Jr.’s hope for a better, unified society.