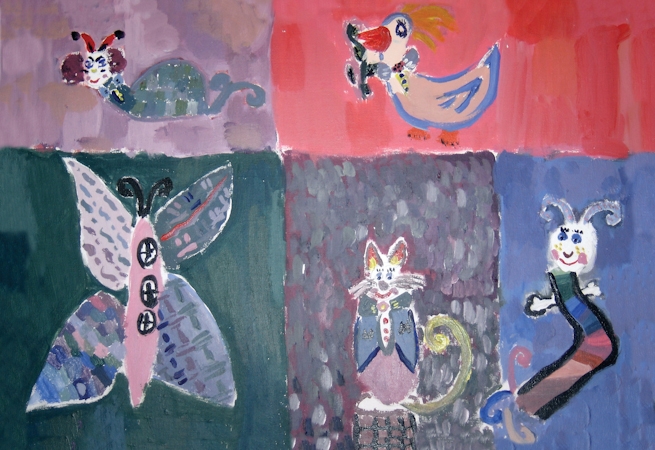 Bat-Chen was killed on her 15th birthday in a terrorist bombing in Tel Aviv. She drew this picture when she was 13 as part of a special birthday message for her father, where she compares each member of her family to one of the animals in her drawing. The tortoise is her father, the dove is her mother; the butterfly is her sister, Ya’ela; the cat is herself and the worm is her brother, Ofri. She closes with the poignant plea to “remember me as a special girl.” After her death, her parents discovered that Bat-Chen’s diaries were filled with writings and poems about peace. Her parents, the Shahaks, have made it a mission to pursue their daughter’s hopes for peace, including publication of her poems and diaries in Hebrew, Arabic, Dutch, German, Japanese, Italian and English.