All We Need is Love 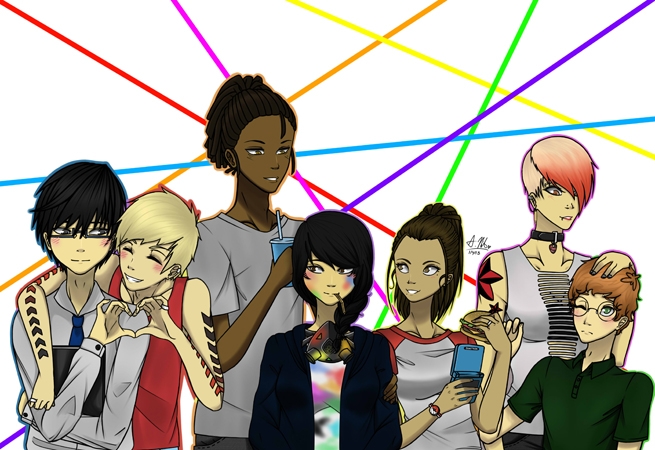 STANDING UP for other people blocks the dagger from its target.Noah K.

The characters drawn are not based on anyone existing in real life, but my intention was to have them be capable of existing in our current society as ordinary people. The colors outlining each person are a representation of each character’s personality, and since everyone has a different opinion on what colors stand for, I leave it to the person looking at the picture to decide for herself. In small places, some of the colors blend together. In this way, I intended to show small representations to unity between the characters.

My interpretation for the theme Embracing Our Differences focused on the idea that everyone needs someone else to accept them for who they are on the outside and the inside and the most common way to do that is to express love.

Love can come in many different forms: homosexually, interracially, platonically as well as between two people that one would think were unlikely to end up together. When one loves another person, each acknowledges everything that is similar and different between them and the other, bringing them closer to each other as they embrace the uniqueness of their relationship. Many bonds form on similarities, but most form on differences.