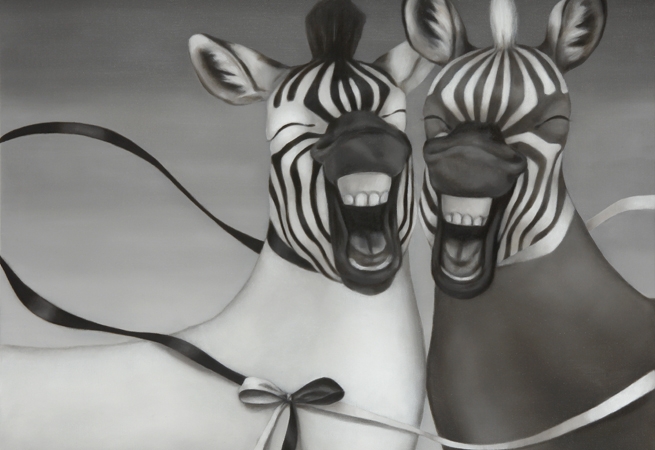 Wait a minute... are you the wrong COLOR or am I?

I graduated from the College of Fine Art at Dong-Guk University in Seoul, South Korea. After that I lived in South Africa for six years where I felt as a stranger. When I came back to my country, I also felt like a stranger again because lots of things in Korea were changed during the time I was away.

In this regard, I think of myself as being the same as the zebra. His stripes can protect him from predator’s attack in the wild life. I have also felt that I must keep myself safe from others. To live and survive in both societies, I adjusted myself to their culture, customs and fashion.

Some people think zebra’s original color is black but others think it is white. It is, however, the same pattern. Although people believe everyone is different, I think people are also the same because they’re just human.

Reflecting this point, I made each zebra untied from her own stripes and then connected through each other’s stripes. Eventually both of them can smile together and understand their differences. I wish that everyone could be happy by understanding each other’s differences.