Separate But Equal - Dream Like You Marched With Martin 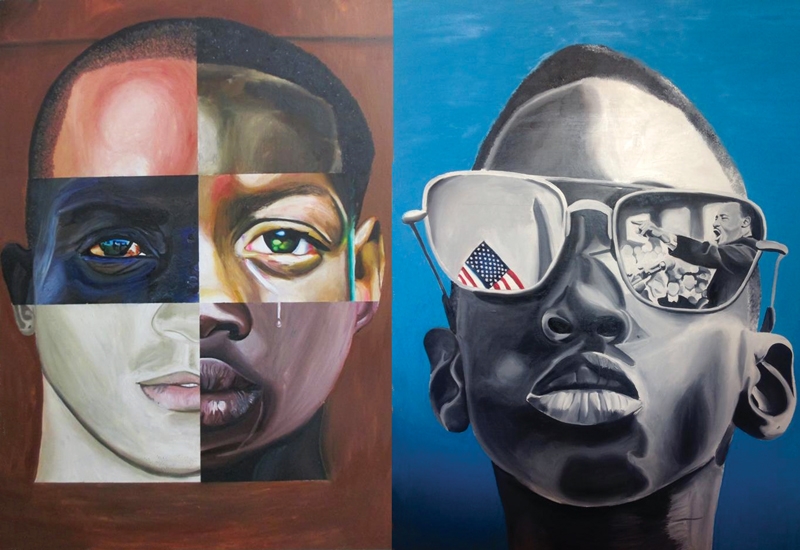 When will the road to EQUALITY be the road most traveled?

The man on the left is composed of six different shades of skin from Brazilian to African American to African. Inspired by my own experiences of living in Southern Louisiana and studying black history at a historically black college. I created a piece that not only speaks to the history of these interlinked cultures, but also symbolizes the existence of a separate but equal racial ideology of different shades of skin that exist in many different cultures. On paper we are all equal, but people don’t realize that they are contributing to a separate but equal mentality based on differences in skin. The boy on the right was at Martin Luther King’s “I Have a Dream” speech. I wanted to create something that reminded people to dream again. My goal is to make you feel what words can’t describe by bringing to life emotion, passion, love, pain, and beauty through art. I want to use my art as an instrument for change giving a voice to those who can only whisper. It is intended to invoke a deep feeling bent on change: whether it be changing oneself, changing the world, or helping people in general. It is art for the sake and betterment of HUMANITY.