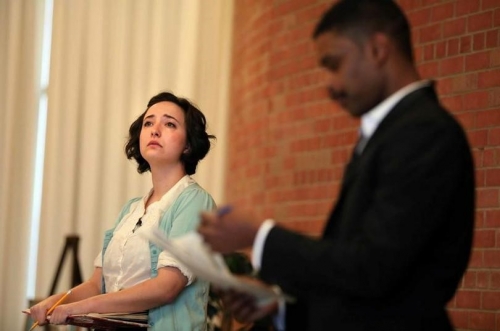 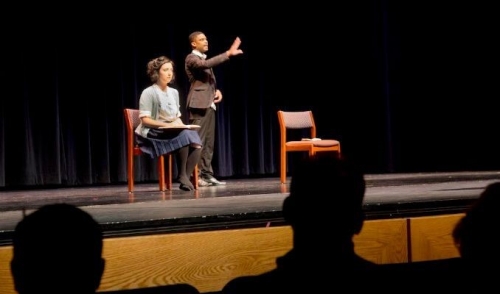 “How wonderful it is that nobody need wait a single moment before starting to improve the world.” – Anne Frank

“Injustice anywhere is a threat to justice everywhere. We are caught in an inescapable network of mutuality, tied in a single garment of destiny. Whatever affects us directly, affects all indirectly.” – Martin Luther King, Jr.

Embracing Our Differences is proud to partner with the Anne Frank Center for Mutual Respect, the Manatee County Bar Association, the Manatee Community Foundation, The Jewish Federation of Sarasota-Manatee and the Boxser Diversity Initiative to bring, “Letters from Anne & Martin,” to high school students in our community.

Through their outreach performances, The Anne Frank Center for Mutual Respect in New York, shares in Embracing Our Differences' sentiments of wanting to create a kinder and more just world. Their traveling production of Letters from Anne and Martin balances the experiences of both legendary figures with the inspirational words of their hopes and plans for a peaceful and unified world. Anne Frank’s The Diary of a Young Girl not only serves as a reminder of the atrocities experienced during the Holocaust, but of the importance of learning to accept our differences and embrace diversity. Furthermore, in response to his arrest during a peaceful demonstration and the defense of his strategy toward nonviolent resistance to racism, Martin Luther King's Letter from Birmingham Jail, is one of the most important written documents of the civil rights era. To this day, Anne & Martin’s words still resonate as a testament to how one voice can carry the voices of millions that have been silenced.

This unique adaptation of combining their iconic words illustrates how both Martin Luther King and Anne Frank were born during the same year and although they lived on continents 5,000 miles apart and suffered fates in different decades, they still shared parallel experiences living in the shadow of hatred and prejudice. Despite being faced with unfair persecution, he in the Jim Crow South and she in Nazi-occupied Holland, the African-American Civil Rights Movement leader and the Jewish Holocaust victim, believed in fairness and justice for all. The performances feature professional New York City-based actors who bring to life the courage and eloquence of Anne and Martin’s stories. These performances show how injustices still exist and also promote constructive ideas on how to confront intolerance and discrimination today. 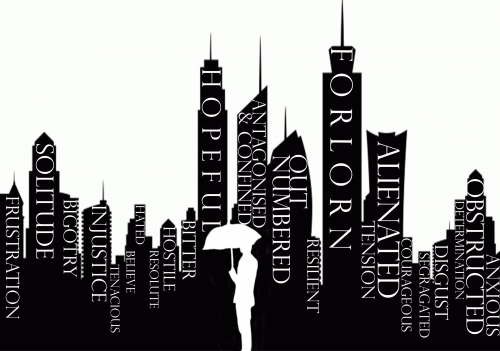 Artwork designed by Mave Cappar, 12th grade, The Out of Door Academy